The Korea National Quality Award is one of Korea’s most prestigious business awards and one of the most important quality distinctions in the world. At the end of November ENGEL MACHINERY KOREA won this presidential quality award in the field of production innovation. Furthermore, ENGEL is the first foreign company ever receiving this award in the 39 years of its history. The award was handed over by the Korean Prime Minister Jung Hong-Won and the winners have been honored by the Korean President Park Geun-Hye. The Korea National Quality Award has been introduced by the Korean government to improve quality standards in Korea. It is based on the Malcom Baldrige National Award (USA), the European Quality Award and the Deming Prize (Japan) which underlines the international importance.

“This award is a great honour for us and also an important confirmation of the fact that we’re on the right track with our global quality management system”, says Robert Bodingbauer,
ENGEL MACHINERY KOREA’s president. “Our plant in Pyeongtaek City abides by the same strict quality standards used at our main factory in Austria, and this award highlights the fact
that this company motto is being adhered to consistently all over the world.” The outstanding commitment of ENGEL KOREA’s management and employees to implement ENGEL’s
global systems has been the main factor to receive this prize. ENGEL has been producing injection moulding machines in the small and medium clamping force segment in Korea since 2001. The decentralised production guarantees short delivery times for customers in Asia and also ensures that injection moulding machines and turnkey solutions are adapted to the specific requirements of the local markets. In spring 2013, ENGEL doubled its capacities in Korea. Robert Bodingbauer states: “The demand for quality products and innovative technologies as well as short delivery times and extensive customer service will secure the success of ENGEL in Asia in the future.”

Techspan Group have represented ENGEL in New Zealand since 1979, and today, Techspan is still a 100% New Zealand owned and operated family business. 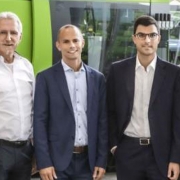 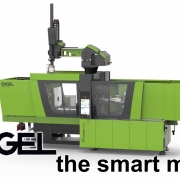 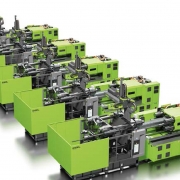 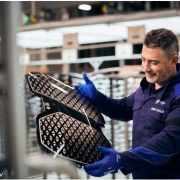 Mounting Moulds on IMM’s – Get it right first time 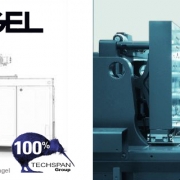 30 years of Tie-bar-less from ENGEL

Even Faster Support in service
0 replies